EU in my life. Thinking big

I am a European, and proud of it. Now, 69 years after the first European treaty was signed amid the smouldering ruins after World War 2, the EU is still a novel and unique form of governance. No group of countries have ever agreed on a union as real and attractive as the EU. I hope this five to seven-minute read gives an idea of how much the EU really means to someone like me.

EU in my life. Thinking big

I am a European, and proud of it. Now, 69 years after the first European treaty was signed amid the smouldering ruins after World War 2, the EU is still a novel and unique form of governance. No group of countries have ever agreed on a union as real and attractive as the EU. I hope this five to seven-minute read gives an idea of how much the EU really means to someone like me. 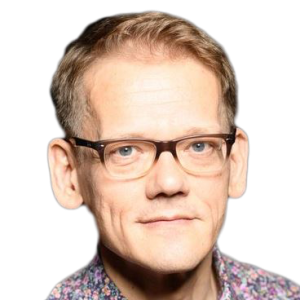 What does Brussels have to say in my life? I don’t encounter the EU in my life other than in the media, in a bubble, or do I? The short answer is yes, of course, I do. A slightly longer answer narrows it further down: no roaming charges, the European health insurance card, roads and bridges built or repaired with EU funds, training opportunities, the 25 billion euros to slow down the COVID-19 outbreak. Impressive!

I, however, prefer to stay focused on the bigger picture.

Well, I am a European, and I am proud of it. If this is the time and place to say, I am happy to share. I am proud of it because even now, 69 years after the Treaty on the European Coal and Steel Community was signed by the six founder members on 18 April, the EU is still a novel and unique form of governance. No other six, twelve or twenty-seven countries have agreed on a union as real, breathing, effective, tenable and attractive as the EU.

The signing of 18 April 1951 gave birth to a world different from what Europe and the rest of the planet had known. The idea of the new project was to make war between Germany and France “not merely unthinkable but materially impossible” (quoting Robert Schuman, French foreign minister of the time and the architect of the future EU).

Still hovering over the bigger picture, peace, security and stability is what EU means in my life. One tends to overlook peace and stability, take it for granted. Sunshine is nothing if you cannot enjoy it. Life is miserable if you cannot live it in peace. And peace is more than just an alternative to war. Peace means a growing economy and prosperity. And prosperity means longer peace, and wellbeing, safety and happiness.

I was about to say that the EU has been around for so long that we don’t know a different Europe. But we do. I come from the part of Europe that went out from behind the Iron Curtain just thirty years ago and is still dealing with the consequences of the totalitarian rule. While living behind the Iron Curtain was not exactly like living in the horror of war, it wasn’t a walk in a park either. What did we know about wellbeing, prosperity, the rule of law and justice, freedom, civil rights, democracy and equality? For me, my country’s membership in the EU is a guarantee of my freedom, civil rights and democratic governance.

The political and economic unification launched in the early 1950s has led to a Europe of half a billion people, it has created a material basis for the European identity. The single market and single currency became objectives already in the 1980s. If the single market is essentially about the abolition of tariffs and quota barriers to trade within the EC, in practice, it means that I as a business owner can trade without barriers and restrictions wherever in the EU. The size offers advantages that are far beyond the reach of an individual member state.

The single currency is extremely comfortable, but the comfort is not the only benefit. I could, of course, refer to the Maastricht convergence criteria, which obviously have an influence on my personal life but definitely not something I think about every day. Back in 2009–2010, the euro was able to demonstrate a much more impactful significance on individual citizens’ wellbeing in the affected countries, when the eurozone withstood the sovereign debt crisis and when the membership in the eurozone/EU saved economies from collapsing into chaos as they benefitted from the generally favourable macroeconomic climate—the higher trust and lower rates—associated with the eurozone. From 2010, the eurozone governments created a financial stability facility, later mechanism, to provide direct financial support (bailouts) to eurozone members.

While peace, democracy, the single market and currency all directly contribute to my wellbeing, the fanciest part is perhaps the freedom of movement and residence. For those like me, who loves to travel and immerse in the local life, the freedom of movement and residence, guaranteed by the  Treaty of Lisbon of 2009, is very tangible. I started my personal journey into the dream world of this freedom from a very low start back in the early 1990s with a passport where I needed visas to everywhere, perhaps with the exception of Lithuania and Estonia. In 2005, I freely moved for work to Finland and thirteen years later for studies to Germany. All that thanks to trust and solidarity, the practical manifestation of the idea of a united Europe.

The EU treaties guarantee gender equality and protection against discrimination. Even though social policies and the income level still differ from country to country, European treaties, starting from the Rome Treaties of 1957, reflect a political will for more harmonisation. The Amsterdam Treaty of 1997 introduced an EU employment policy with the purpose to encourage cooperation between the member states to combat the high levels of unemployment in Europe of the time.

The environment is an essential part of daily life and wellbeing. Efforts to protect the environment and improve environmental conditions are in the focus of a large number of European regulations, including those aimed at food safety, circular and low-carbon economy. The EU green policies, along with those on gender equality, are extremely popular and contribute to higher approval ratings among the Europeans.

The EU sets the targets of reducing carbon emissions and promotes the transition towards carbon-neutral economies by 2050, reducing the use of fossils in energy production and promoting emission-free vehicles. The EU measures the success of each member state in all Sustainable Development Goals, the 17 SDGs as introduced by the UN in 2015, including the elimination of poverty and hunger, promotion of good health and wellbeing, quality education, gender equality, clean water, clean energy, decent work and economic growth, and others.

While the level of prosperity still pretty much differs from one member state to the other, the EU is certainly instrumental in pushing towards shared values and shared understanding of how prosperity is to be achieved: through freedoms, fair competition, ethical politics, inclusion, and democratic institutions. The EU enforces the standards, common rules and principles.

This is just a five to seven-minute read and I hope it gives an idea of how much the EU really means to someone like me. A big deal: peace, rule of law, fairness, an “amulet” currency, wellbeing. Definitely not something to be overlooked.